Factory’s appearance after 05 years of construction and development 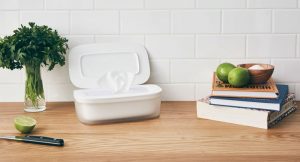 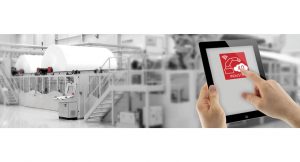 The Rise of Industry 4.0 in the Nonwovens Industry 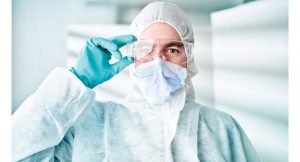 Factory’s appearance after 05 years of construction and development

The Rise of Industry 4.0 in the Nonwovens Industry

After many years of low penetration compared to other markets around the globe, Africa’s diaper market has finally reached a tipping point. Several recent investments in the Africa region by global players in the hygiene and nonwovens sector are confirmation of this.

Pegas Plans its First Factory in Sub-Saharan Africa
In 2017, Pegas Nonwovens, the largest producer of spunmelt nonwovens in Europe, the Middle East and Africa, finalized the purchase of their land in Cape Town, in preparation to put up a new factory, their second on the continent, but their first in Sub-Saharan Africa. It is anticipated they plan to invest R1.3 billion.

Production is expected to commence in early 2019 and the factory will have an annual production capacity of approximately 10,000 tons. Pegas already has a factory in Egypt. This South African move is a most logical investment. The two biggest diaper manufacturers Procter & Gamble and Kimberly-Clark are No. 1 and No. 2 respectively, in South Africa, Africa’s second biggest economy.

Spunchem Increases Its Capacity
In 2016, Spunchem International, another nonwovens player who has been in the South African market for the past 20 years, responded to the anticipated growth within the South African hygiene sector by increasing its production capacity in its hygiene focused facility to 32,000 tons per annum by 2018.

Their website says, “Spunchem worked hand in hand with a top-three diaper manufacturer, which included extensive trials of product manufactured using the technology that Spunchem will employ.” In July 2016, the company completed  construction on a  state-of-the-art SMXS line of 8000 tons per annum nameplate capacity plant, to increase total capacity to over 22,000 TPA nameplate capacity. This was Spunchem’s fourth spunbond line. A second 10,000 TPA SMMS plant is scheduled to be completed by the end of 2018 to meet the market requirements of South Africa and surrounding regions.

South Africa is the biggest market in the Southern African Development Community (SADC) economic block. So any manufacturer based in South Africa will have full advantage to export their goods to the other 14 SADC members, among them key markets of Angola, Democratic Republic of Congo, Mozambique and Tanzania, without paying duties, as long as the product is manufactured in a SADC member country and carries a SADC certificate. Other markets like Mauritius, Namibia and Botswana, while their population sizes are small, offer consumers that have much higher disposable incomes than the regional average.  Diaper market penetration is also higher in these markets, for the same reason. Furthermore the retail environments in these countries are also quite highly developed, which makes distribution easier and translates to better and easier access to that high disposable income consumer.

Ontex Opens a Factory in Ethiopia
Last year, Ontex Global opened a state-of-the-art factory in Ethiopia, Africa’s second largest market and its fastest growing. I am made to believe they are very happy with their progress. They anticipate by June 2018 they will be putting in additional new machines, over and above the current equipment that runs at 700 diapers per minute. Ontex’s CEO, Charles Bouaziz, at the official opening in Addis Ababa, said, “Our objective is more or less to double every five years, which represents a 15% growth.”  He went on to thank Ontex’s 11,000 employees around the globe. This is Ontex’s first significant investment in Sub-Saharan Africa and it will go a long way to allow Ontex to service the East Africa market as well as meet this five year goal.

Molfix Gains More Than 44% Marketshare in Nigeria After Three Years
Molfix, Hayat Kimya’s flagship diaper brand, was launched in Nigeria three years ago. In that time the brand has amassed a more than 44% marketshare, according to A.C. Nielsen’s 2017 report.  The Nigerian market offers a huge opportunity as Africa’s biggest market by population and Africa’s biggest economy. But Nigeria is not an easy market to operate in, let alone to manufacture products. Electricity supply is not consistent, poor road networks hamper distribution efforts and the consumers have a restricted disposable income.

Despite these challenges, the opportunities are hard to resist.  According to Euromonitor, in 2017 Nigeria had a potential 26 million baby customers, about 14% of the population. For any manufacturer with a plan and the courage, the rewards are huge.  Euromonitor predicts that Molfix is about to be rewarded with the first prize in the next year or two, when they will most likely be the No. 1 diaper brand in Nigeria in both volume and value.  They have bagged a few accolades already.  According to a report in the The Daily Post, Molfix won the Best Baby Diaper of the year, 2016, and Marketing Excellence, West Africa Award, 2017. It also won Africa’s Most Preferred Premium Quality Diaper Brand of the year, 2017, as well as the Experiential Marketing Award, 2017. This is an important feat in a market that, according to Euromonitor, is cluttered with more than 50 diaper brands.

The success of Molifix has also encouraged other global players to reassess their plans in this market. Danielle le Clus-Rossouw, senior analyst with Euromonitor South Africa, shares in her report that a Japanese global diaper manufacturer is scouting the Nigerian market for a local manufacturing partner. The success of Molfix lies in being able to offer a quality product to the Nigerian consumer, at a lower price than the market was offering. They also made sure they have strong distribution partners in both the modern trade, which is fast entrenching itself, as well as the informal channels. Molfix’s lowest packs are 7, 8, 9 and 10 for S, M, L and XL respectively. In my view they can take their success even further by packing all sizes into five packs, but without reducing the price per diaper. In fact for these packs they can even be at a slightly higher price per unit and still win.  The magic bullet lies in the lower price point per pack for the same good quality.

To the Japanese diaper manufacturer, my recommendation would be to enter the market with pull ups for all sizes, the way Unicharm has done in India with Mamy Poko. If a new player was to come into Nigeria market with quality pants diapers at the price of quality tape diapers, I have no doubt that they would disrupt the market pretty much the same that Molfix did and steal marketshare. Local manufacturing is also a very good strategy.  With more and more global players manufacturing locally, there is likely to be pressure on the government policy to increase duties on importation of diapers in order to protect the local manufacturers, who pay tax and create employment.

Africa’s Changing Retail Space
The transformation of the retail sector is not happening only in Nigeria but in quite a number of countries on the continent. In Ghana, Kenya, Angola, Cote d’Ivoire, Cameroon, Gabon and Zambia, big changes are happening in retail. South Africa’s big five retailers, Pick n Pay, Spar Group, Shoprite Checkers, Woolworths and Massmart are all exploring regional opportunities. Even the French retail Giant Casino has moved into the region. Another French retail giant, Carrefour, has partnered with CFAO to roll out retail outlets in Francophone Africa. A. T. Kearney’s ARDI (African Retail Development Report) report confirms that improvements in the retail space towards modern trade will only increase sales of FMCG products like diapers, as these retailers are able to introduce initiatives to improve their margins like loyalty programs and private labels. Most of the big diaper manufacturers already have strong relations with these global retail players in their home markets, putting them in the privileged position to leverage these relationships in the new playing field of the African continent.

Linked to the progress in the retail space is the mall culture is also catching on very fast at a regional level. More investors are willing to invest in property in Africa, readily giving the big retail partners the opportunity to be anchor tenants, creating a win-win for the property investor, the FMCG/diaper manufacturer and the consumer. Africa is the new frontier for the baby diaper sector and will continue to be an interesting place for at least the next five years.